To survive the long and terrible winter approaching, the dwarves need to prepare. It’s time to collect gems, build castles and stock up enough food. The fire dragons are sleeping. The giants of winter, lurking. The fall is precious and is vital to plan your actions wisely.

Dwarfs Seven is a game about collecting gems in order to trade it for food. In the meantime you also will need to build your dwarf kingdom and slay some monsters. In this game you have multiple paths to win by choosing carefully your actions.

Players take turns to perform their actions. Each turn you can do 3 actions (place a realm tile or place one dwarf in a tile or move one dwarf by one tile).

Each tile has a pre-requisite of how many dwarfs of one player are needed to perform one kind of action. For example: emerald mines have always 3 slots, but you will need only two dwarfs to take one emerald. When this task is done (collect one emerald) your two dwarfs will return to your pool.

When a player completes 3 goals (both open and secret goals are taken into account), the endgame begins. Players who had not played this round make their last turn and, then, the game ends. The points are calculated and wins the match who has more points.
[Back to Top] 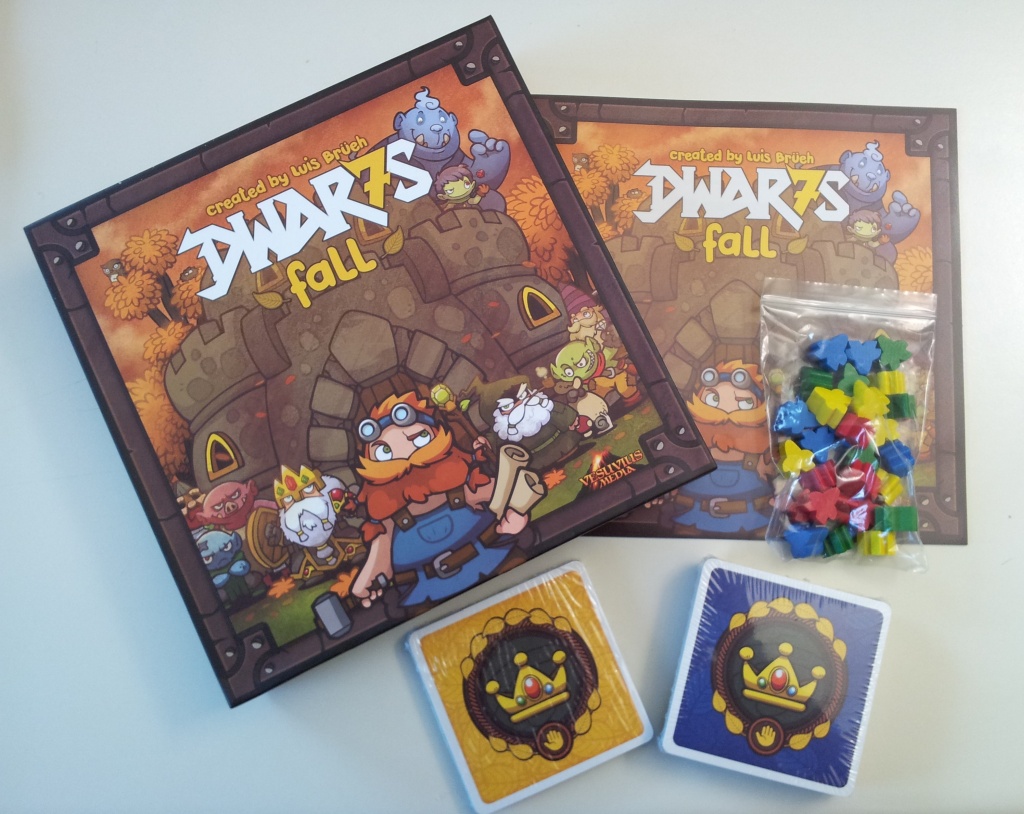 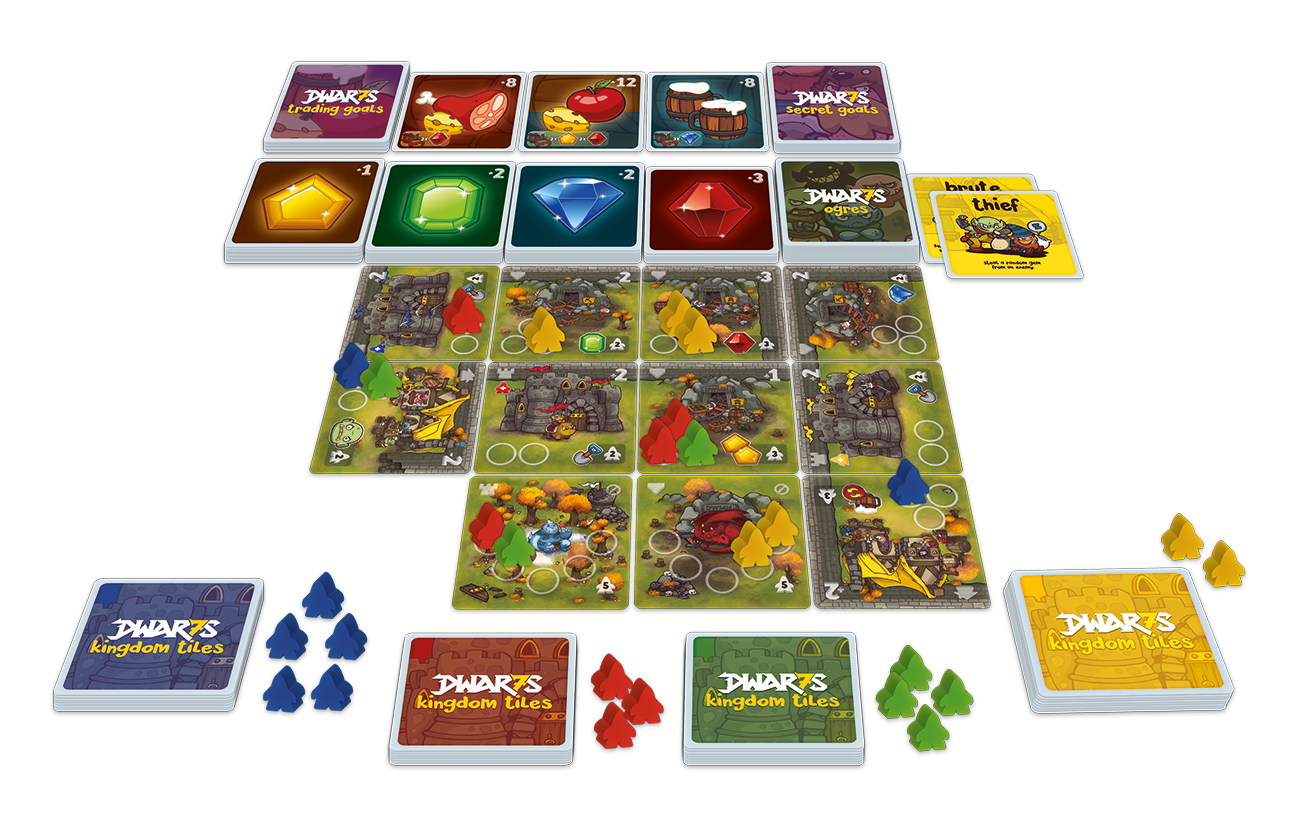 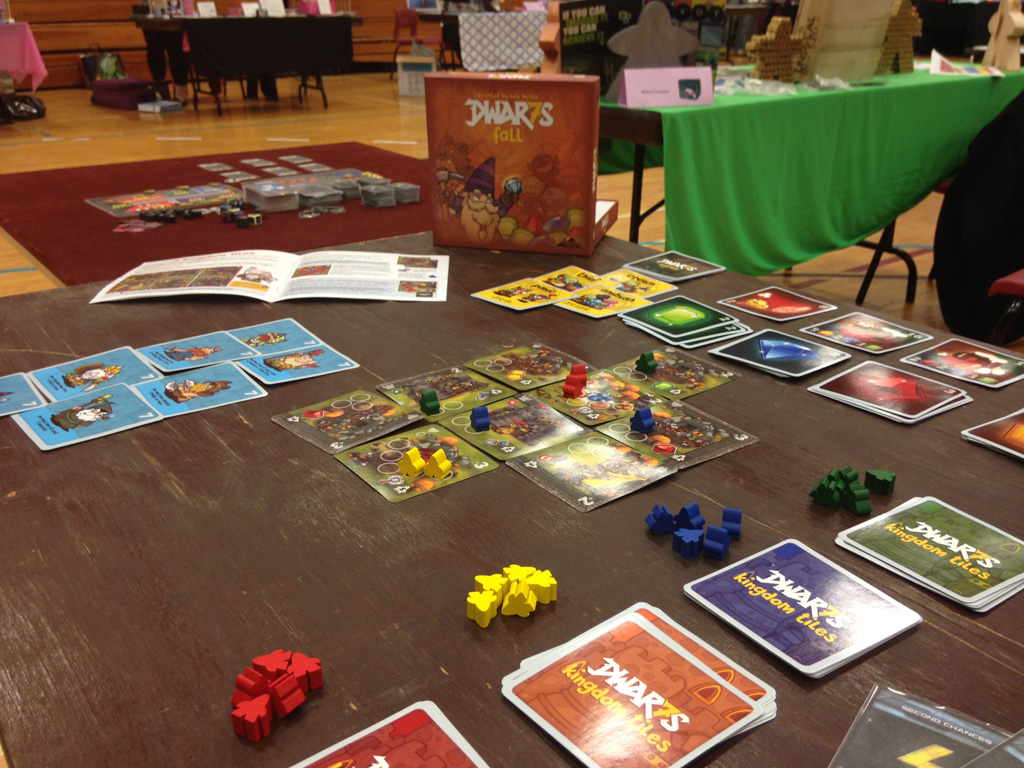 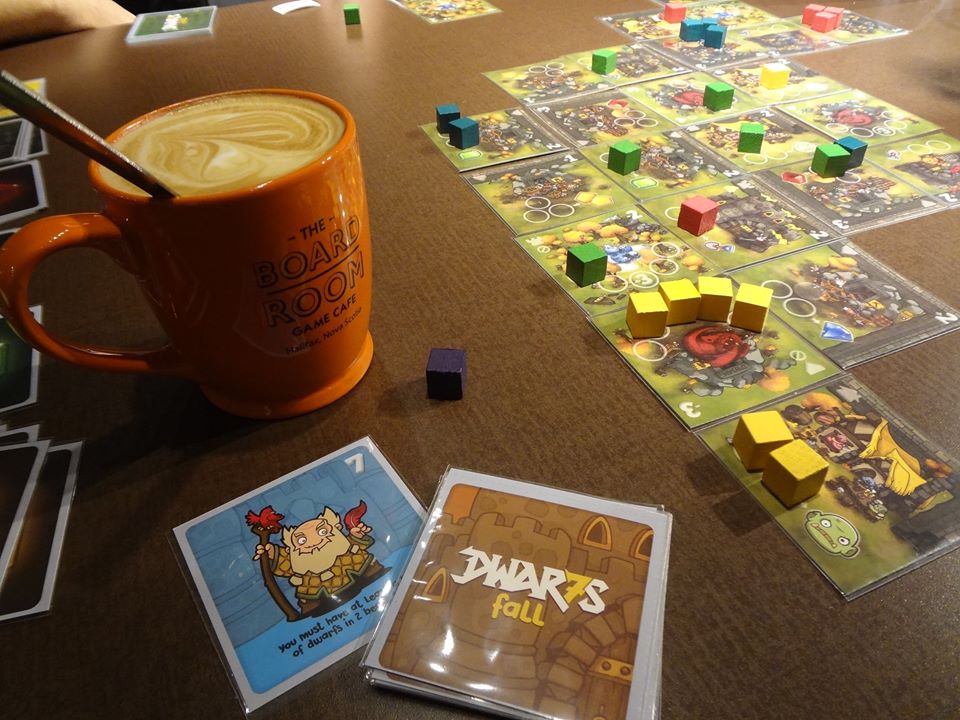 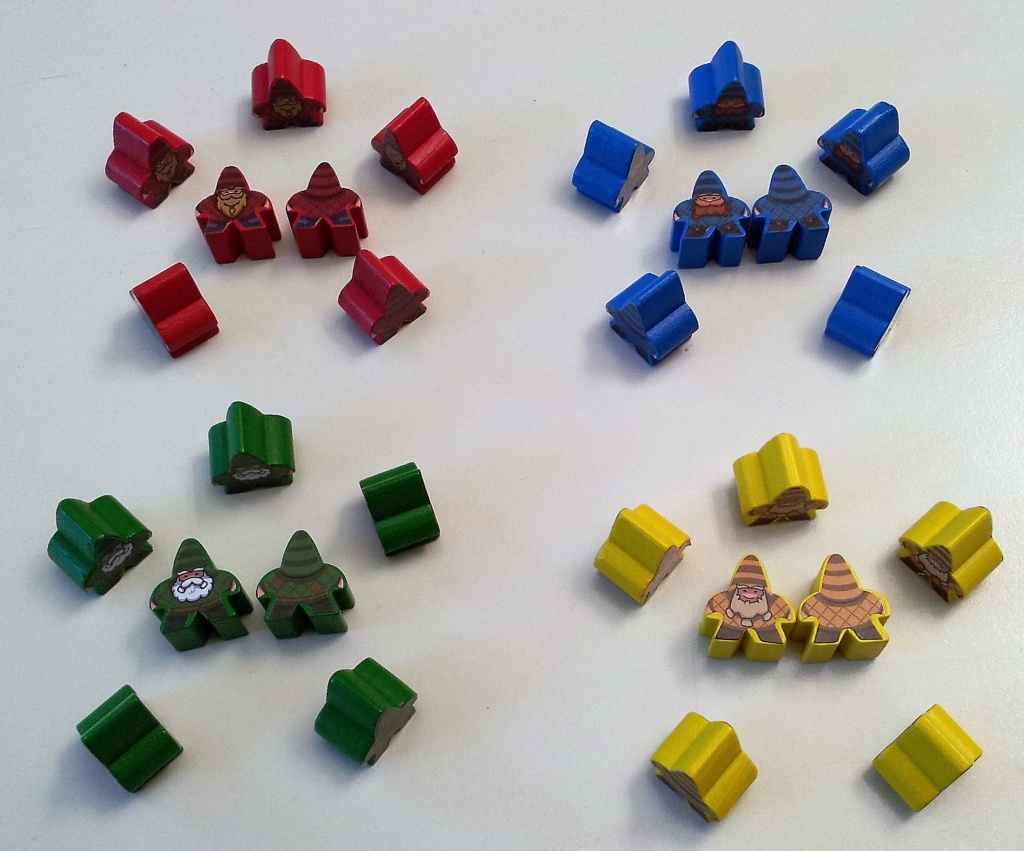 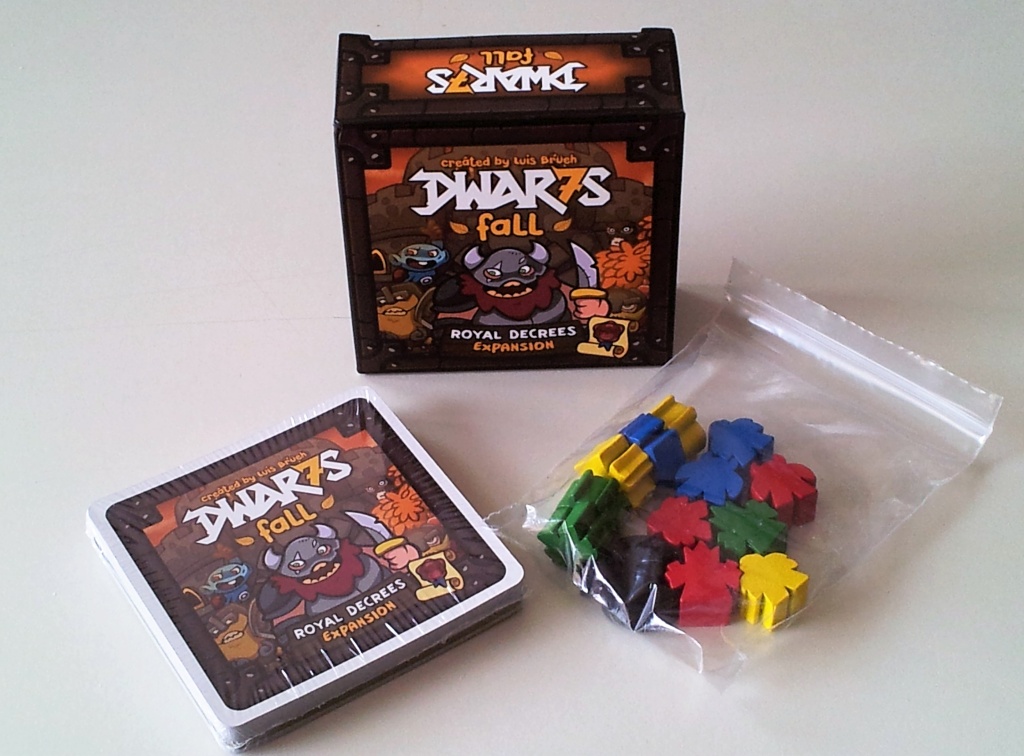 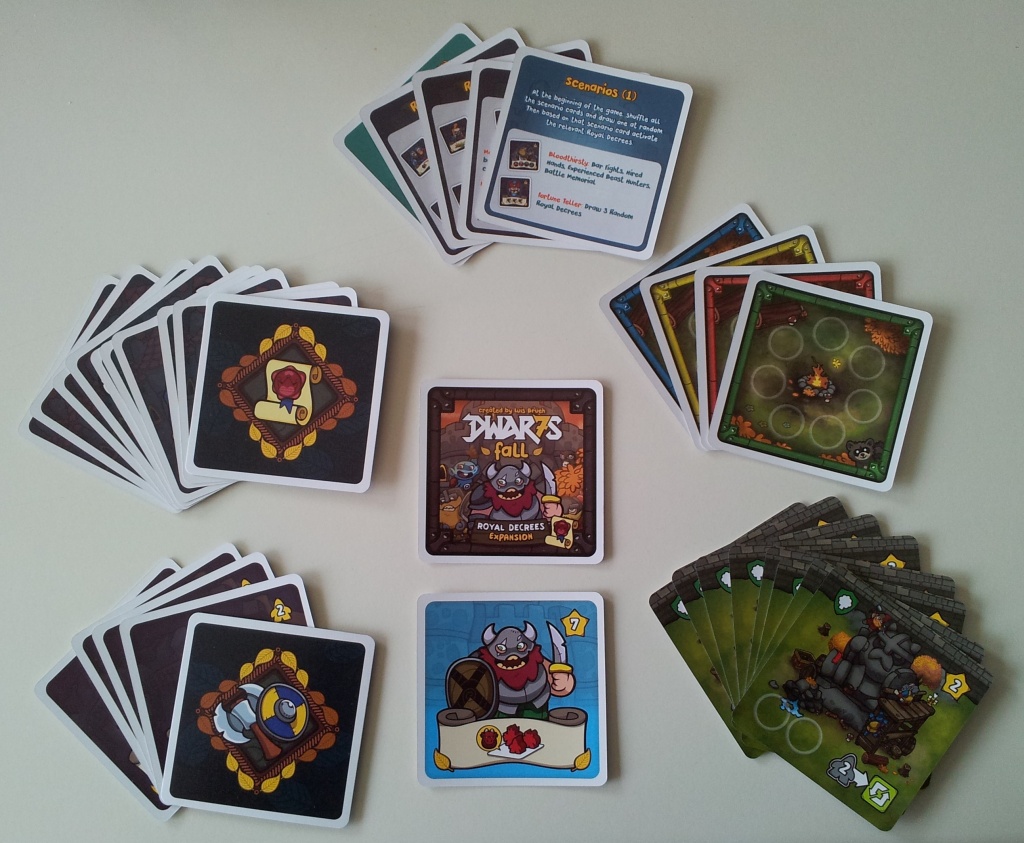 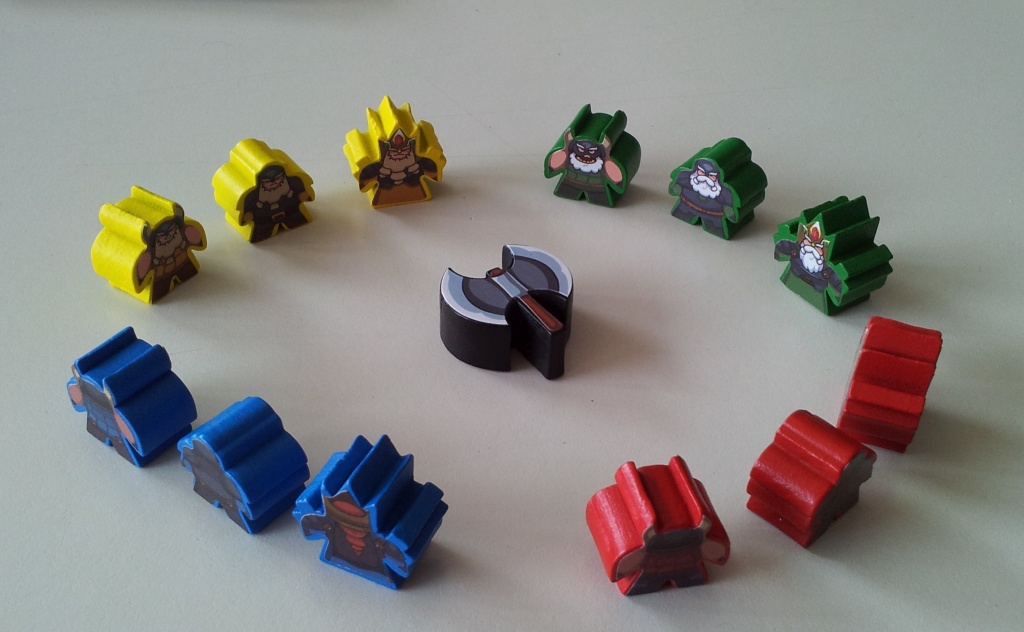 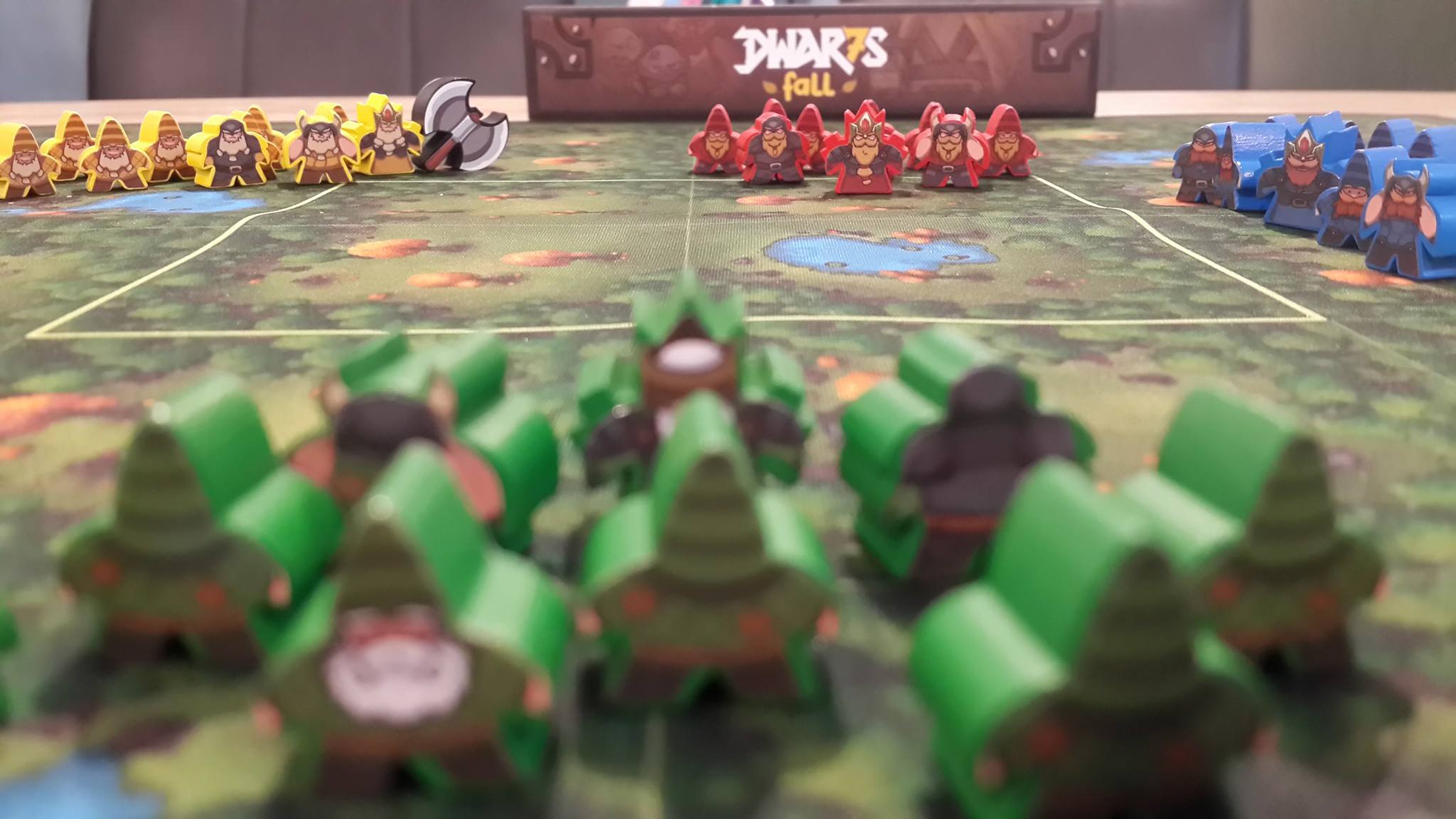 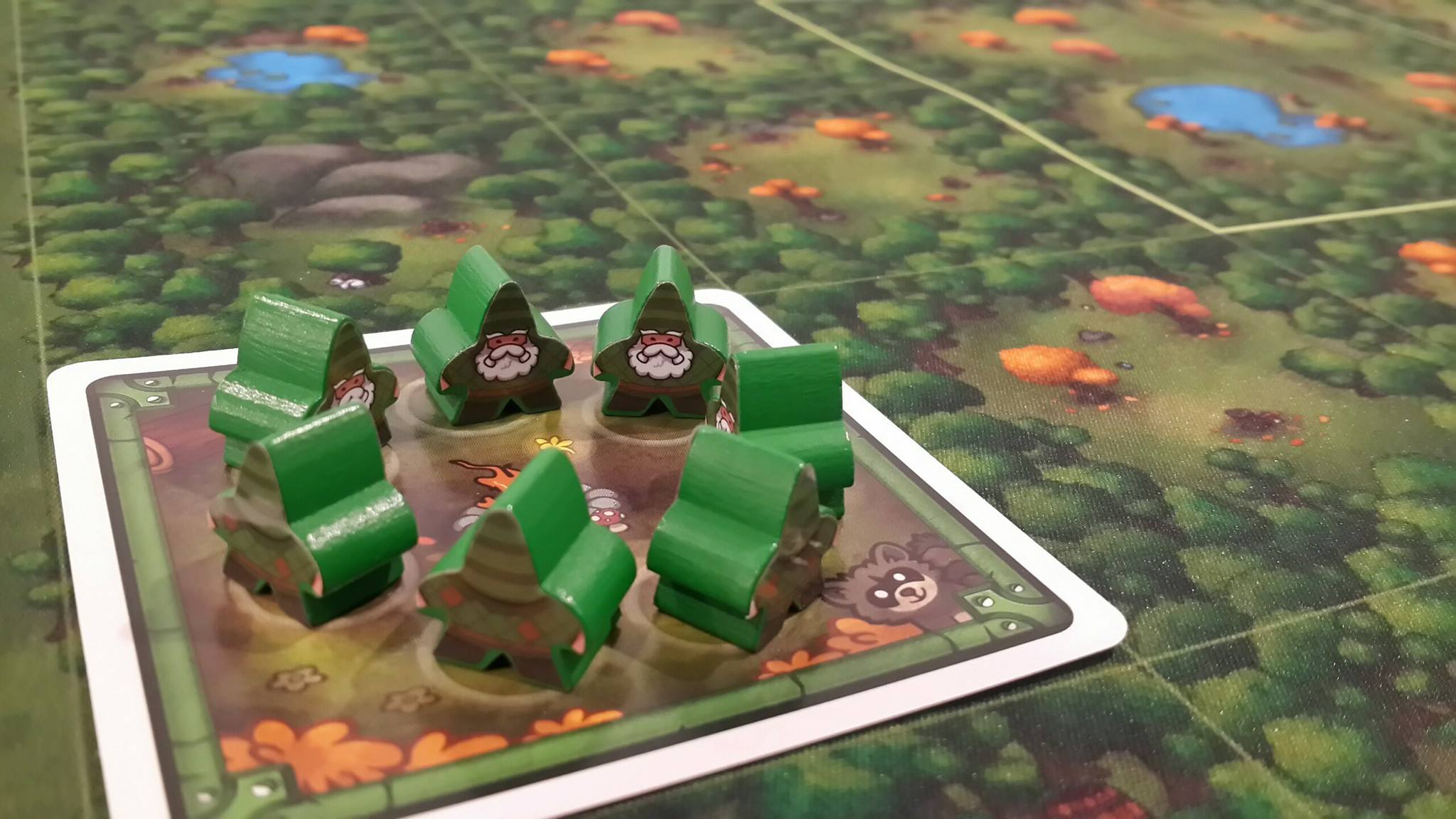