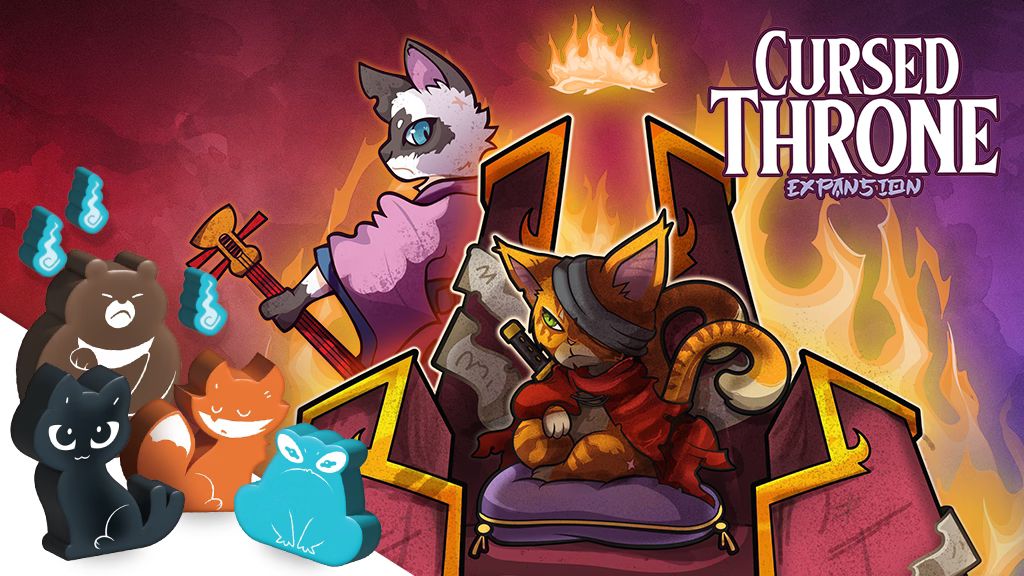 Night Parade cards have no text at all. As such, with just the rulebook you will be able to play the game in all supported languages.

Inside the  box the rulebook will be in the English language, but through BGG you can download the rulebooks in all of the following languages: English, Portuguese, French, Spanish, German, Italian.

It's so exciting to reach the final goals! so far we unlocked so much content for the Cursed Throne expansion! And this couldn't be done without your help! and we need you once more! For todays challenge, share our post on facebook and help unlock banish as wooden tokens! We can do this!

We are still missing 2 entries to solve this puzzle and give the Nekomata clan the most points this round! Answer in the comments section and help unlock +3 Yokai cards! Wrong answers also count!

How to Play (including all Expansions!) in french by Nixx!

Review by Better Half Reviews:

How to play video by So Many Games so Little time:

[Back to Top]
Pledge Levels 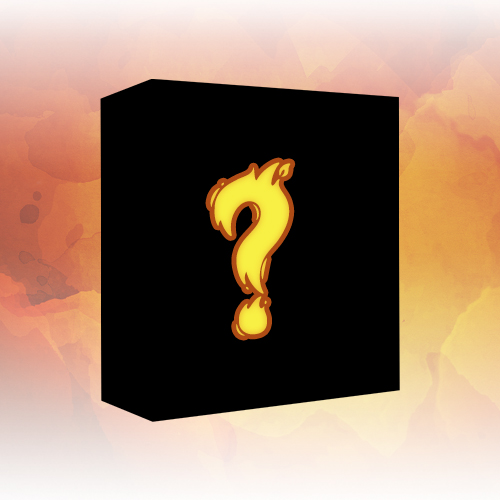 Pick and choose the games and expansions you are most interested! 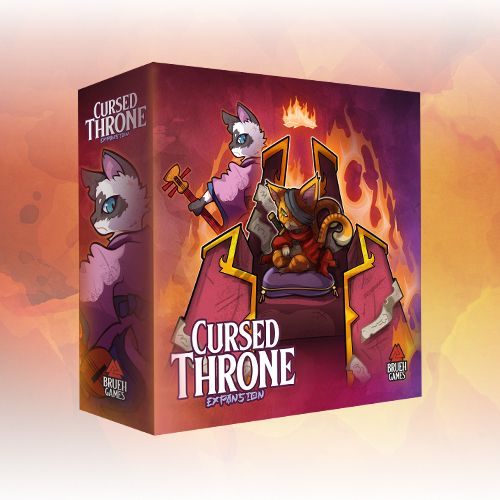 Support our campaign and get a copy of Cursed Throne Expansion' + and all Goals unlocked during this campaign!

*Requires Night Parade to be played. 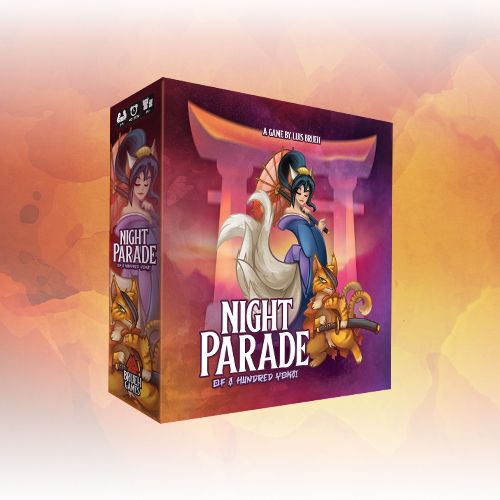 Support our campaign and get a copy of 'Night Parade of a Hundred Yokai'.

*This pledge does not include the unlocked goals, as they will become part of the Cursed Throne Expansion 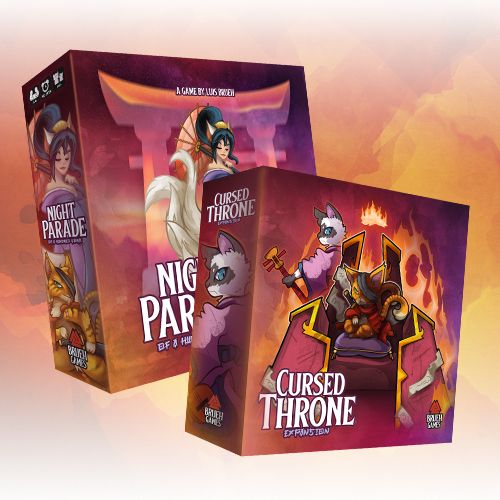 Support our campaign and get a copy of 'Night Parade of a Hundred Yokai' plus the 'Cursed Throne Expansion' with the goals unlocked during this campaign! 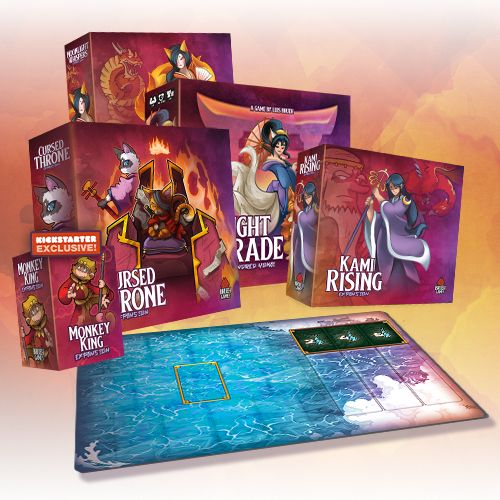 Support our campaign and get a copy of 'Night Parade of a Hundred Yokai' plus All the Expansions, Gamemat and the goals unlocked during this campaign with $10 off. 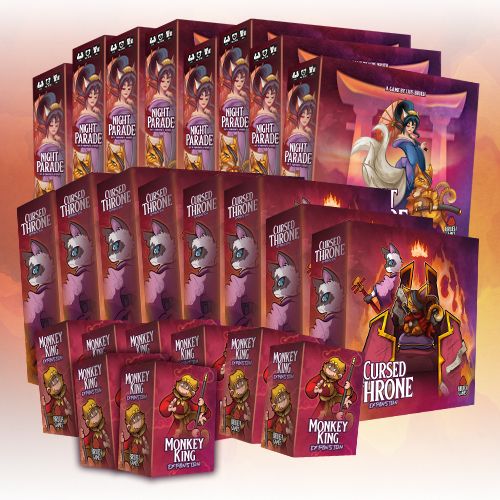 This Pledge is Exclusive to verified retailers. During pledge manager you will be able to add add-ons in any quantity desired at discount prices.