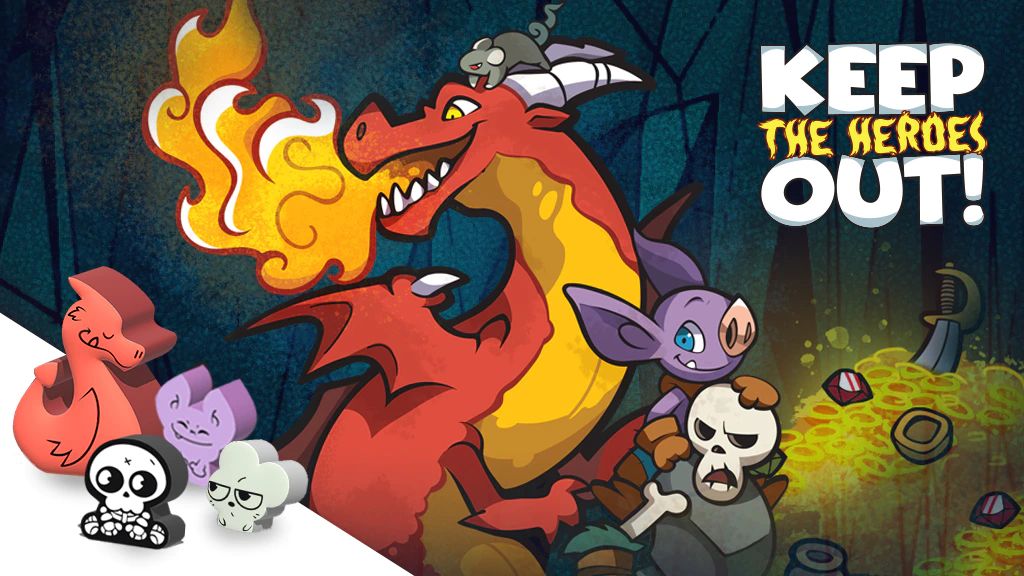 Keep The Heroes Out

Keep the Heroes Out!  cards have no text at all. As such, with just the rulebook you will be able to play the game in all supported languages.

Inside the box the rulebook and dungeon book will be in the English language, but through Boardgamegeek you will be able to download the rulebook in all of the following languages: English, Portuguese, French, German, Italian and Spanish.

Play Keep the Heroes Out Online on Tabletopia!

Keep The Heroes Out Preview by Better Half Reviews:

Rahdo Runs Through Keep the Heroes Out:

Board Down Under Preview:

How to Play by The Cardboard Stacker:

How to Play in German by FBGkid Zero:

Must know Kickstarter games of September by Liege Of Games :

How to play and Online gameplay in Brazilian :